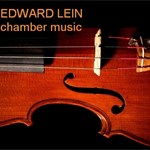 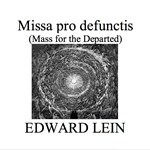 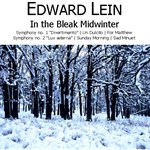 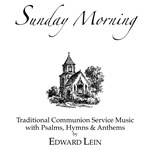 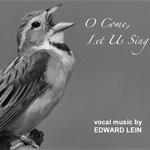 Early in his career, Florida native Edward Lein (b. 1955 in Fort Pierce) appeared as tenor soloist in recitals, oratorios and dramatic works throughout his home state, and the majority of his early compositions draw on his experience as a vocalist. In 2006, Ed was a finalist in the Jacksonville Symphony Orchestra's Fresh Ink composition contest, and following performances of orchestral pieces by the Symphony his instrumental catalog increased largely due to requests from Symphony players for new pieces.

Now retired, Ed was Music Librarian for the City of Jacksonville, Florida, where he founded and produced the popular Music @ Main concerts (2006-2016). In addition to writing program notes for the Library concerts, Ed was a regular contributor to the Jacksonville Symphony's ENCORE magazine from 2014-2016, and has had numerous requests for his English translations of French, German, Spanish, Italian and Russian song texts from individuals and orchestras throughout North America and Great Britain, including from such prestigious organizations as Orchestre symphonique de Montréal, and Carnegie Hall's The Song Continues.

Go to a Slightly Longer Bio

"MOVIES" (Click the arrow to play; then click the square that will appear in the bottom right corner to enlarge)